A little bit of history…

Over the years, the railways sculpt the city of Montreal and leave traces still observable today.

Designed by the english architect Thomas C. Sorby, the Dalhousie station is built in 1883-1884 by Canadian Pacific. The Pacific Express leaves Montreal for its first transcontinental trip to Port Moody, near Vancouver, in 1886.

4700 kilometers were reached in only six days! Due to increased demand, the size of the station suddenly becomes too small. By 1898, it is replaced by the Viger station, built near the corner of Berri and St. Antoine. The initial station will be used for years to commodity storage until its acquisition by the City of Montreal in 1984.

In 1986, the restoration of the station is carried out. The station refinds globally its former appearance, but only the original stone wall of the building remains.

From 1989 to 2003, The National Circus School settles down. The seven artists of Crique Eloize’s first troupe will trained there and will give their first performance of Eponyme show, which then be launched in the Magdalen Islands in 1993. Since 2004, the station gets creative studios and headquarters of Cirque Éloize. The goal is to keep this place as a place of exchange and artistic meetings, mainly by welcoming talent from emerging artists. 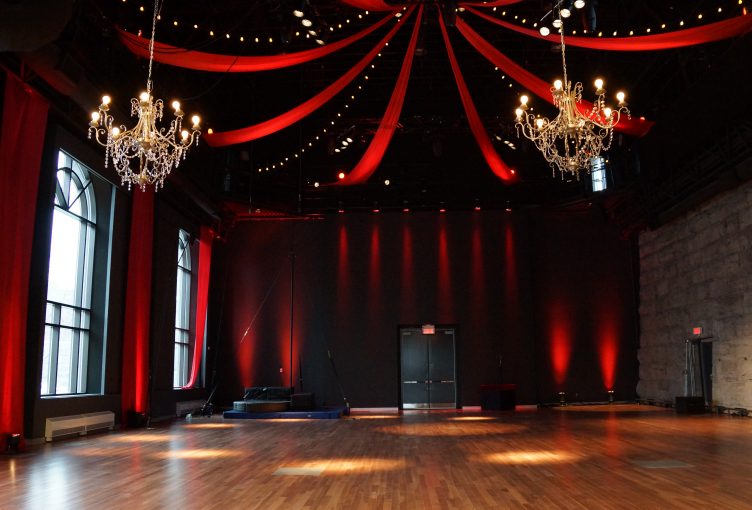 Technical plan of the main room

Located in the former Dalhousie Train Station, in the heart of Old Montreal, our studios and reception halls are ideal for a wide range of events.